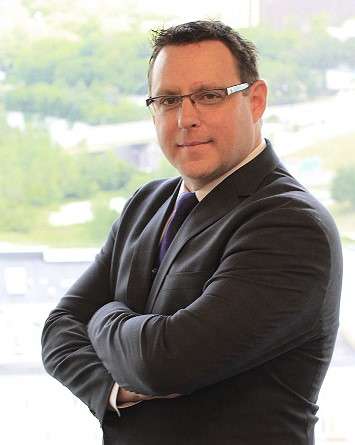 Crawford came to FMLS from his role as Chief Executive Officer of the Real Estate Standards Organization (RESO). During his tenure with RESO, membership grew over 800% to 850 member organizations, now representing well over 1 million real estate professionals and just about every franchise, large brokerage and broker organization in the U.S. Today, over 95 percent of MLSs now offer MLS data via RESO data standards, making it easier for brokers to save time and money while expanding into new markets and rolling out innovative new products. Jeremy is currently serving as a 2019 RESO Board Advisor.

Jeremy Crawford started his successful career in real estate in the summer of 2001 as Director of Network Operations and the 16th employee at Marketlinx Solutions, now known as CoreLogic, one of the largest real estate technology and information service companies in the world.

In 2006, Jeremy joined San Diego-based Sandicor, a leading MLS with over 20,000 subscribers as its Chief Information Officer. He was subsequently elected Secretary to the Corporation. While there, he also served for two years as Vice-Chair of the RESO Education and Outreach Workgroup and won the San Diego Information Technology of the Year Award in 2010.
In 2011 Crawford was named Chief Information Officer for MLSListings Inc., one of the most progressive MLSs in the nation, which serves over 16,000 real estate professionals and more than 6,000 firms throughout Northern California. At MLSListings he was responsible for all aspects of Enterprise Information Technology. Shortly thereafter, Crawford was promoted to Chief Operations Officer and added to his CIO responsibilities managing customer support, Rules & Regulations, Compliance, Data Licensing, and Software Engineering. He also was elected Secretary to the Corporation, becoming a Corporate Officer in 2013. While COO at MLSListings, Crawford was the Chair for the Council of MLS’s Technology Section Council. He left MLSListings to head up RESO in April 2015.

A Council of MLS CMLX Level 2 Certified Executive, Crawford has also served on the DocuSign Executive Advisory Council, the Interop Advisory Board, and as President of his local homeowner’s association in the Dallas, TX region.
Jeremy has been married to his wife Taylor for 13 years and loves spending time with his two young children. He is a Tenness native and Computer Science graduate of East Tennessee State University.